I had been doing so good exercising! I was in 'the zone!' I finally after a year of working out at the gym (of course, not every week) got up the nerve to take a class...zumba. It was so fun! I am overweight, have no dance skill and am slow, but I really loved it! Fastforward two weeks into the classes (along with my usual Sunday walk with my friend who walks SO fast) and boom....my knee. Apparently, I tore a ligament...sigh. I am hoping it heals by itself and I have no other problems forever afterwards. I had also decided on a six month goal beforehand too... I want to go to a lodge on top of a mountain (that you have to hike up in order to stay because there is no other way up it.) It looked awesome! I still want to go and will strive to do it. But for now, I hope to not gain back the weight I lost (a little, but it's still a loss as opposed to a gain.) So, I'm still resting and hobbling around....

Every morning, my youngest son will wake up between 6 and 6:15am. He then proceeds to wake up his brother by making vocal noises and/or throwing his monkey/sleeping buddies on top of his sleeping sibling, lol! Thus, I rearranged some of the furniture and moved their beds farther away from each other with the hopes that my kindergartener can sleep a little longer (because I'll sneak in and grab the 'noisy' one. Just a few months ago, I moved them out of our bedroom and into their own room and the toddler started sleeping in his crib for the first time. The twin bed is actually half of a bunk bed set from a relative (given to us twenty years ago) and it'll be eventually be a bunk bed set again (when the boys are older, especially if our older daughter is still home.)

Right after I finished moving the beds and dresser, the toddler climbed up and laid down in his brother's bed for a long while. I went and grabbed my camera because he seemed to look so cute. He's so happy most of the time. Right now, he's outside in the backyard playing in the dirt with his vehicles and backhoes (in light rain.) 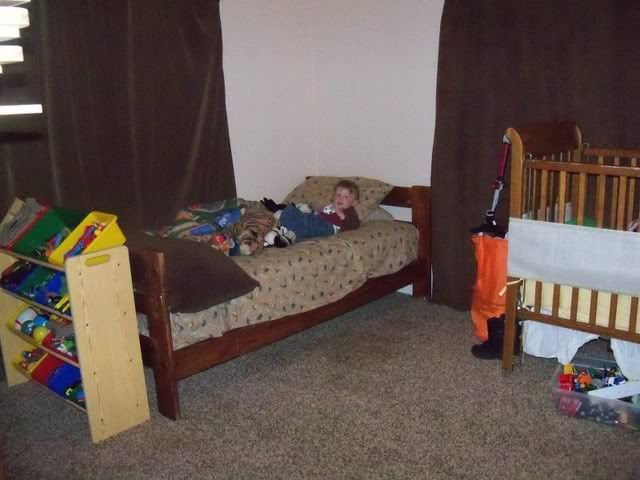 Then, I played with him a while by throwing the panda back and forth to each other. I was able to catch a smile from him in the process. 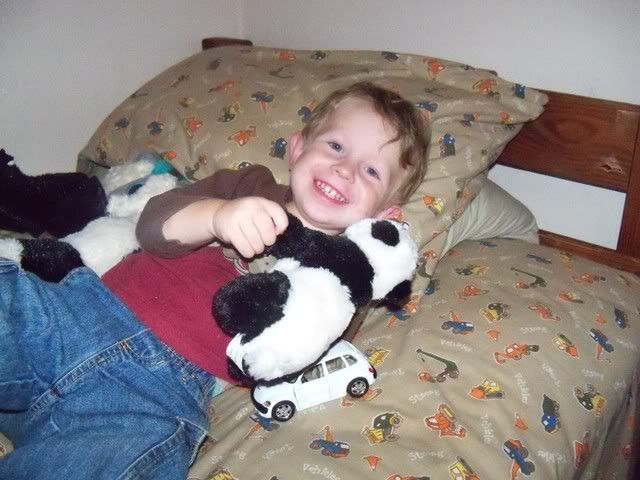 ...at school yesterday was a milestone! This is my kindergartener showing me his tooth in the little plastic tooth he got from his teacher to keep his tooth safe. He had been wiggling it for a couple of weeks (after he realized the tooth behind it had practically come through already.) 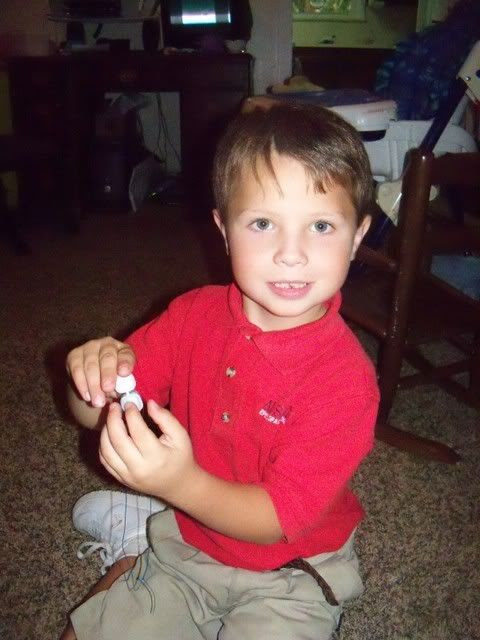 This is one of the toothless pictures I emailed to his dad (at his work) so he wouldn't miss out on it! 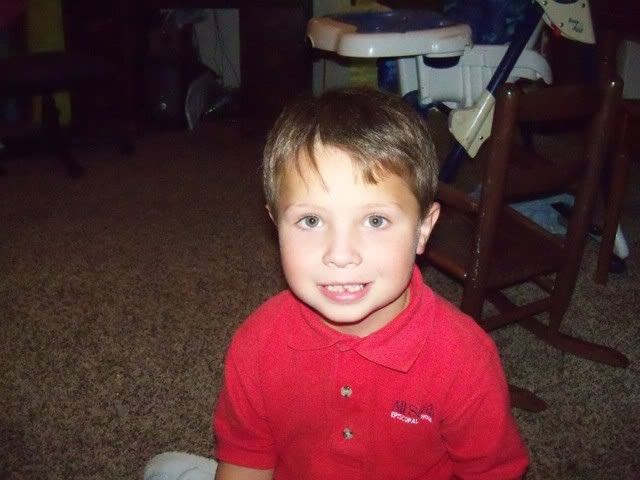 And, of course, placing his tooth (in the little tooth fairy box) under his pillow before he went to bed. When I was little, my teeth always were in a piece of aluminium foil, lol! The tooth fairy brought him a whopping $2. He was really excited this morning! 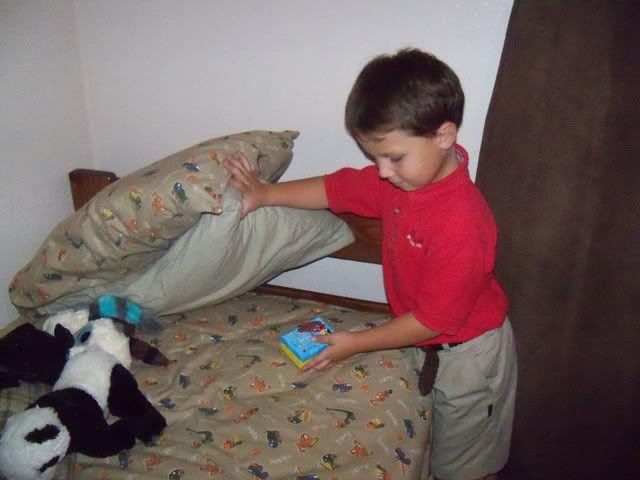 This past month has been full of stress...particularly dealing my my MIL and trying to figure out what's best for her in the long run. And that's still going on as in the last month, she's gone from her ALF to the hospital, to a hospice and now to a skilled nursing facility for rehabilitation. It's hopefully the place where she'll either walk (or wheel a wheelchair) and then the decision will be made about where she goes after that... For now, she's physically ok. 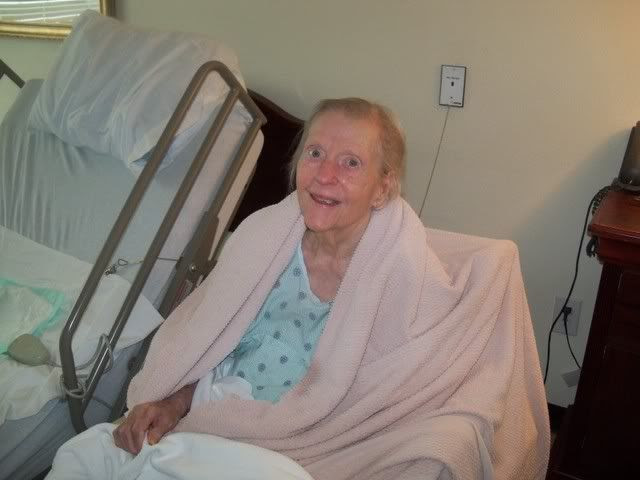 We have gotten breaks though and have enjoyed having fun with the kiddos. We went to my kindergartener's favorite park recently and played all morning. Here is a pic of my kindergartener enjoying a break from playing. 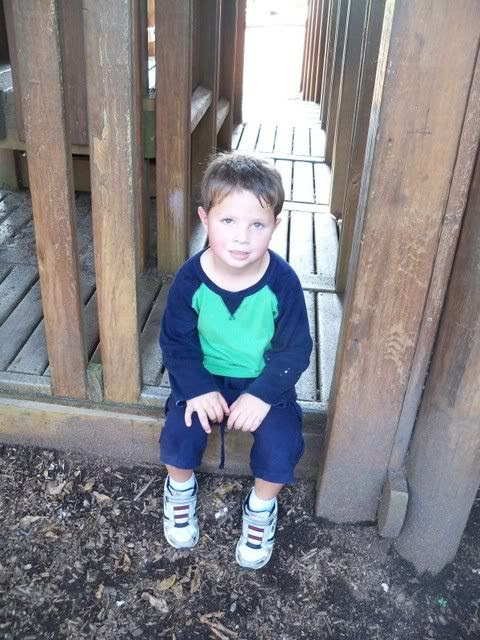 He also took these two pictures (as he went around with my camera.)The first is of my hubby and I and the last one is of our toddler. 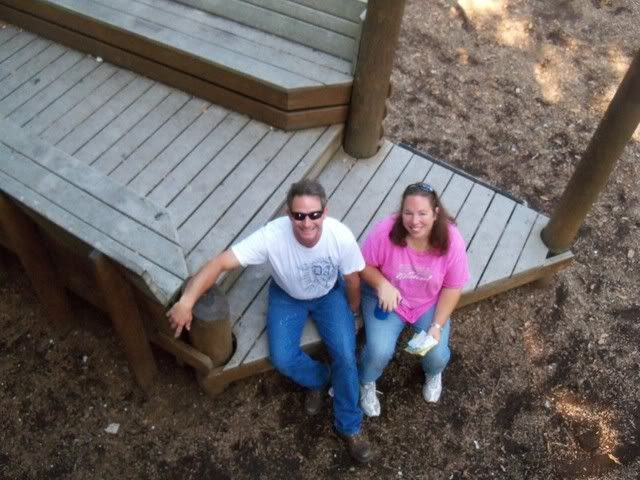 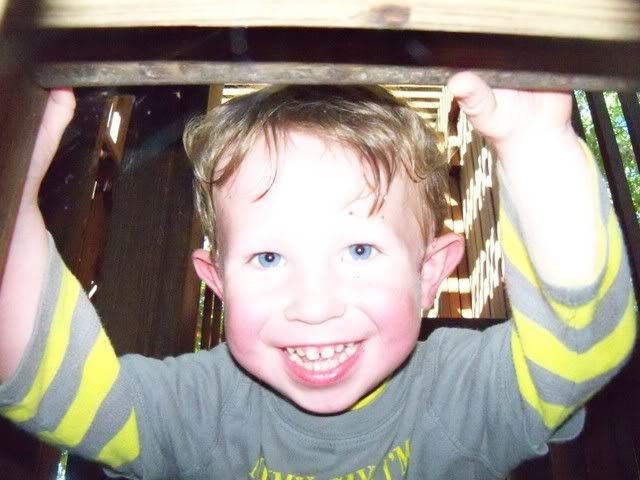