Uploaded my pictures from the days before, during and after Christmas and just loved looking at them. Before Christmas, we made lots of sweet treats to eat (and give away.) Here is my youngest helping me made some cookies. He was great company to me while I made them, a wonderful helper and taster and fun entertainment. I took several pictures of him and after each time, he wanted to see what he looked like on the display on the other side of the camera. It seemed that each picture got sillier and sillier! We ended up making about five containers of cookies etc. for our friends and family. I'm thinking that next year, if we eat fewer (lol!) I could probably make at least seven for others! I wouldn't have to lose at least five to ten pounds if I had done that as well. 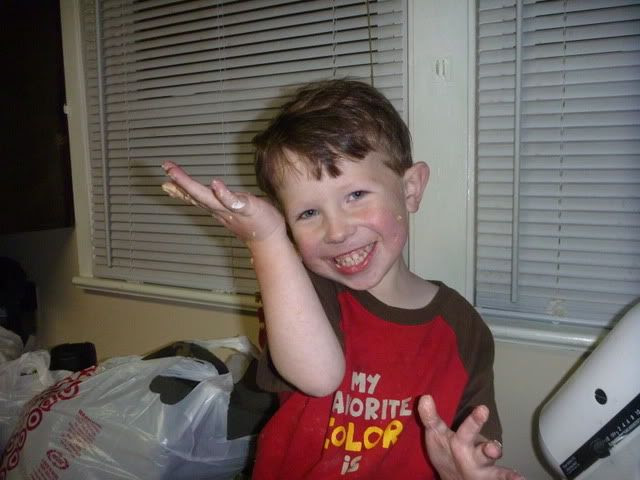 Going to visit my mother-in-law and spending their celebration with families at the assisted living facility. She loved the different desserts and gobbled them all up! Santa made an appearance there too and my kids were able to tell him what they wanted for Christmas. The event and the many people around were really nice but at one point was overwhelming for her and she started to cry (she's used to routine even though she really isn't aware of what's happening around her.) She opened up a couple presents while we were there as well. 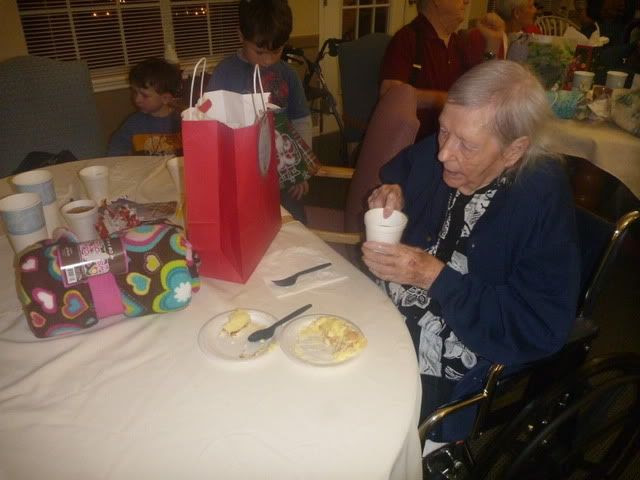 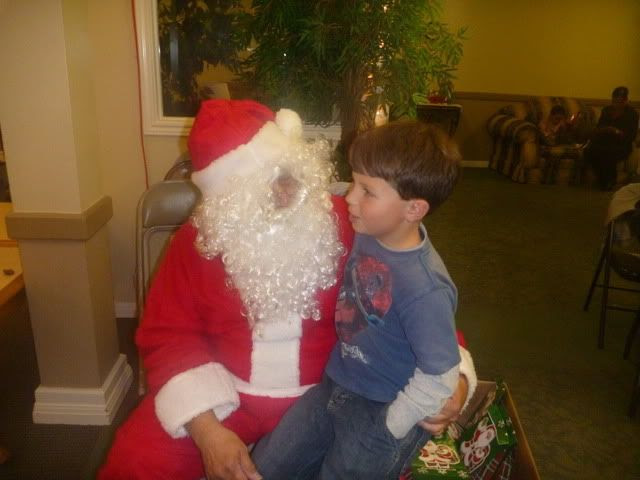 Putting out reindeer food for the reindeer on Christmas Eve. It was cold and raining outside but we managed to get their food out nevertheless! 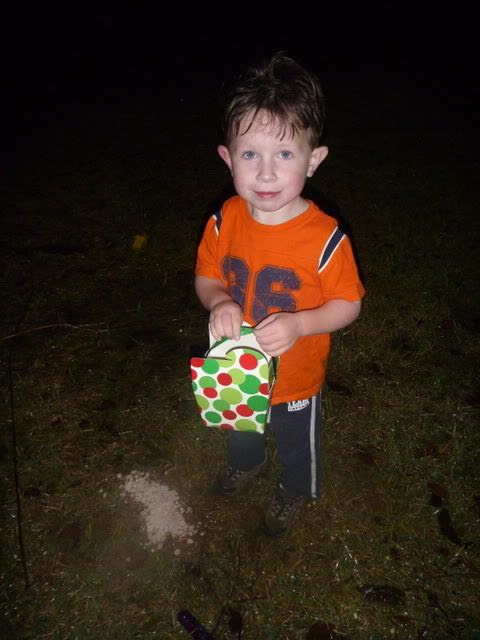 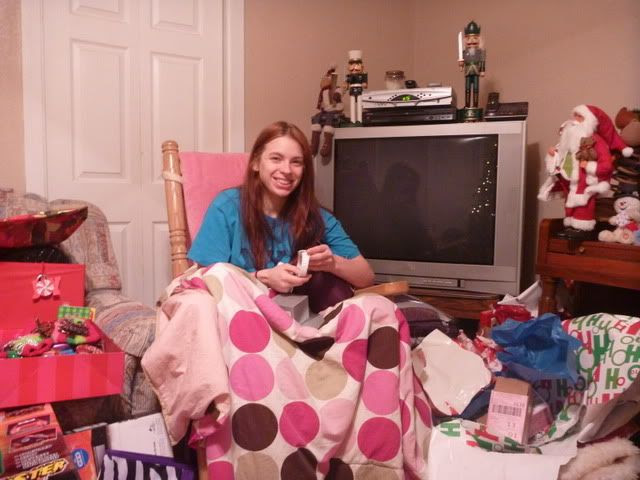 My first grader putting together a crane! He opened the box and was putting the pieces together! It's been probably the toy that has kept him occupied the longest thus far! 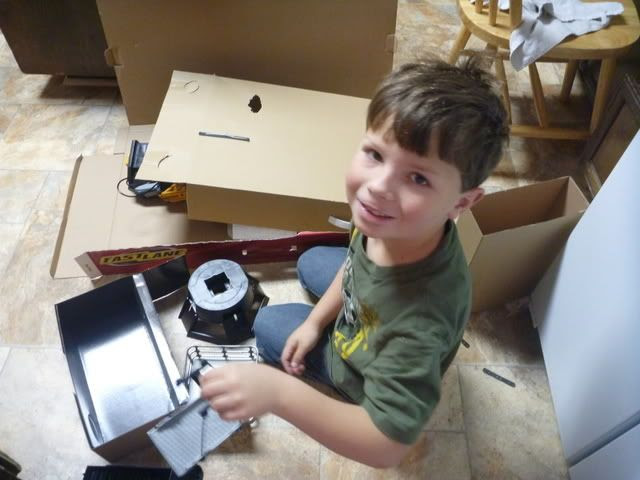 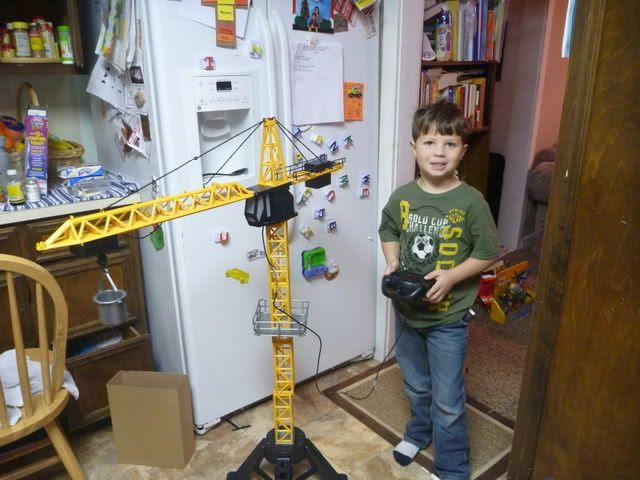 My brother surprised me with a cedar chest he (and his son) had refinished for me. He had mentioned the need for a coffee table and this was a perfect solution (plus it can hide our multiple blankets we keep around the living room!) 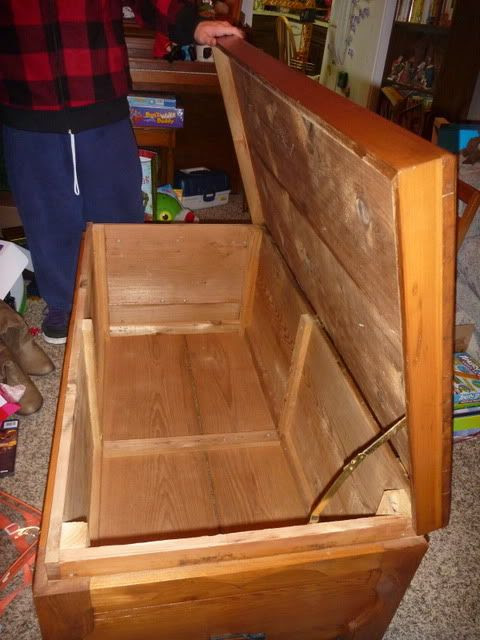 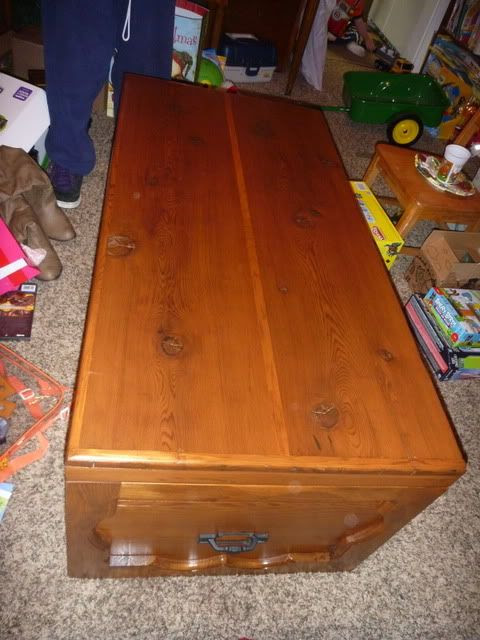 Here he is opening a present I got him (an book he had been wanting to read that had been autographed by the author.) 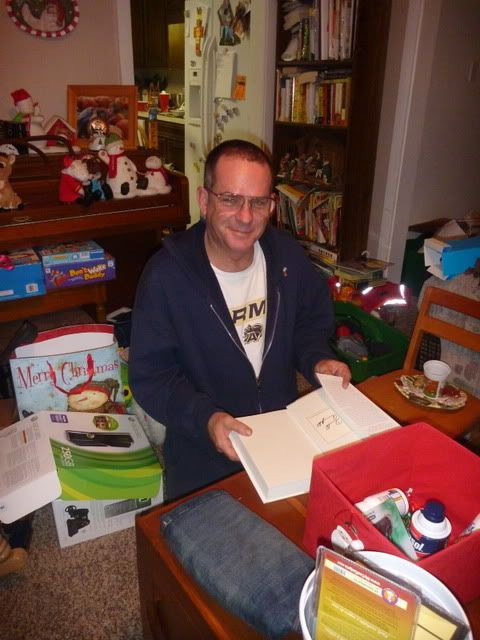 Later, my other daughter came over and I took a picture of my two daughter together (before they left doing their own thing again.) 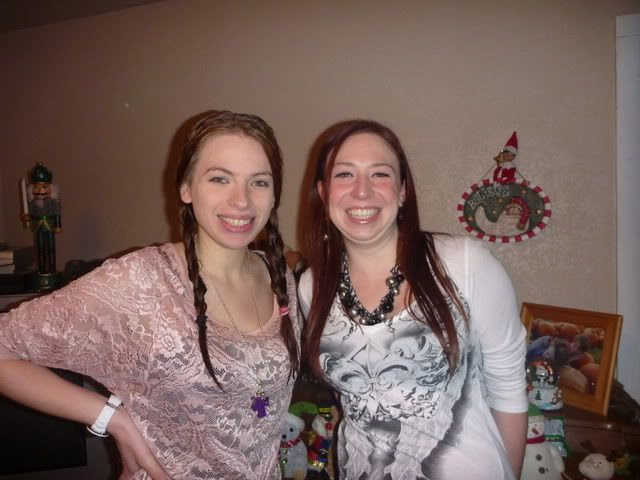 In the evening, one of my younger brothers came over with his family. Unfortunatley, my camera was set on a weird setting so if you moved the slightest, the picture became blurry. This pic is the best I could get by cropping everyone else out. 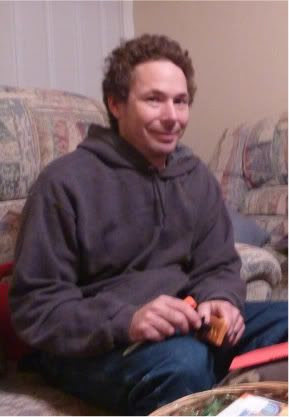 I am very blessed to have a nice family. I hear about others and their dysfunctional families whose chaotic mountains made out of tiny molehills, so to speak. I don't have a large family but I'm happy for the one I do have. I hope everyone else had a nice holiday season as well!
Posted by robin at 12/28/2011 11:31:00 AM 2 comments:

Although December isn't my favorite month of the year, it seems to be my brightest. I just love the music, smells (especially, wassail and Christmas trees,) and the colors everywhere (red, green, white!) I try to remember those who are feeling a little lonely as well, as when I'm not doing anything, I often reminisce about my late parents and how much I miss them!

This past week, I enjoyed lunch and visiting with my friend Betty (who introduced me to a couple groups that I attend regularly now as well as the arts as I also go to community plays as well.) Her husband passed away almost five years ago and she has recently met a man with whom she has been spending a lot of time lately. I think she was just trying to be active and involved so that she wouldn't be feeling down...and after inviting me a few times, I started accepting. This is us at a luncheon this past week. She is usually a kind of extraverted socialite (opposite of me.) Yes, I'm the youngest of the group, lol! Betty's on the left and I'm in the middle. An acquaintance Bessie is on the right. 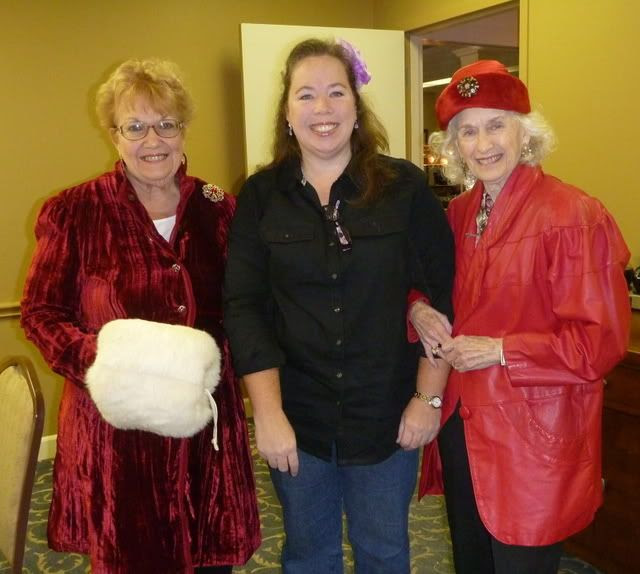 I also contacted an older former collegue (who used to be a boss where I worked seven years ago.) We weren't particularly close but I know that her mom died last April and she is now in the same boat I'm in regarding taking care of a loved one with Alzheimers (and those kinds of circumstances.) We had lunch yesterday and even though her dad is younger than my mother-in-law, we had many similar stories. Luckily, we could use laughter when discussing those trying times when we were forced to take on a situation with our loved one. Like she mentioned, otherwise, we'd be crying. I found it interesting that we actually had a lot in common. I'm learning how to reach out, or rather, practicing, so expand my small circle of friends.

My 'lil one had a Christmas pageant this past week. He was precious and did his cute hand gestures at just the right times. He (and his classmates) were doves (which explains the white feathers on his shirt!) 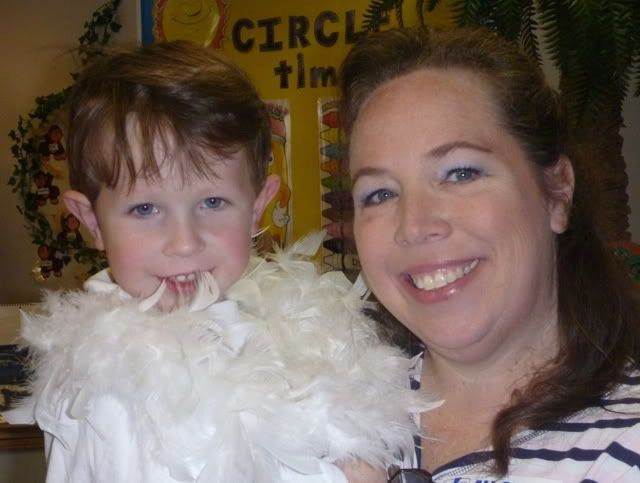 We put up our Christmas tree this week. Well, actually, we put up my daughter's boyfriend's Christmas tree this week. He let us borrow it again this year (we borrowed it last year when my allergies went through the roof the first day we brought our live one in the house.) The kids loved putting on the decorations. I hadn't bought any new one is years. My mom always used to say not to buy any you didn't love because you'd be looking at them for twenty years. I now know what she means... So, even though we don't have a whole lot of ornaments, we have ones we really love! On the front of this one, I noticed a few in the picture that are noteworthy: a green stocking I made when was about 11, a Santa made out of red pipe cleaners and cotton that my brother made, and those lovely ones brought home from my kiddos from school that they made in class! I had some beautiful breakable ornaments that were destroyed by a little kid who was unsupervised in my house many years ago and, even though I was angry at the time, I still don't really remember what those particular ones looked like. It's the more ordinary ones that seem to be the ones I love...those made with love! 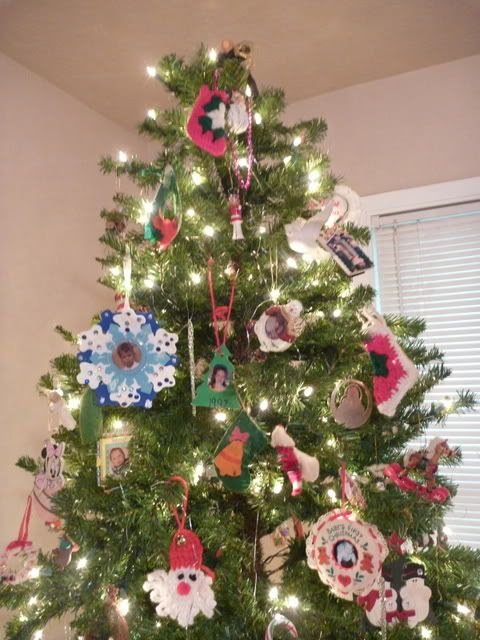