Just this weekend, at my SILs farm, I was playing baseball with my kiddo. I was throwing the ball and he was hitting it with the bat. He was doing pretty good too. The last time he hit the ball, it went way out. I just looked at it as if to say, I'm not running all that way to get it, you go. He might have seen my 'look' or maybe not, but he ran off to get the ball. I was watching him run toward it and then, in slow motion, I hear and see it. I'm hearing a rattle. Far away, it sounds just like a.... Wait, I can't even hear it because I'm hearing screaming as I watch my kid start to run so fast away from it that he falls flat on his arm and then pops up, running away. I still hear the rattling as I run to my kiddo. He's crying so hard that I can't understand what happened as he holds his arm. When I finally determine that he wasn't bit, I start to process what just happened.

Apparently, the ball probably rolled near the snake and frightened it. Then as my kiddo ran toward the ball, it got into striking position and sounded the alarm. Luckily, my kiddo was quick. Just a near miss. My SIL said there hadn't been a snake that close to the house in the 7 years they've lived there. We're just kinda lucky that way, lol! I mean, he got stung by a scorpion, then we were attacked by Africanized bees, and now, a close encounter with a rattlesnake. I'm thinking...next is the chubacabra!

This is my kiddo posing with the rattles from the snake after we killed it. He's still holding my arm and trying to smile while in pain. 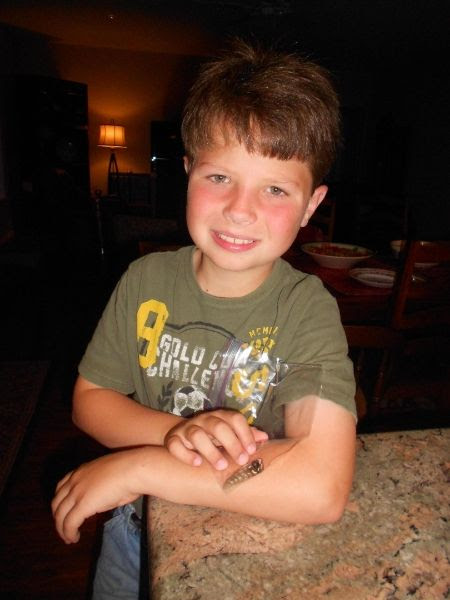 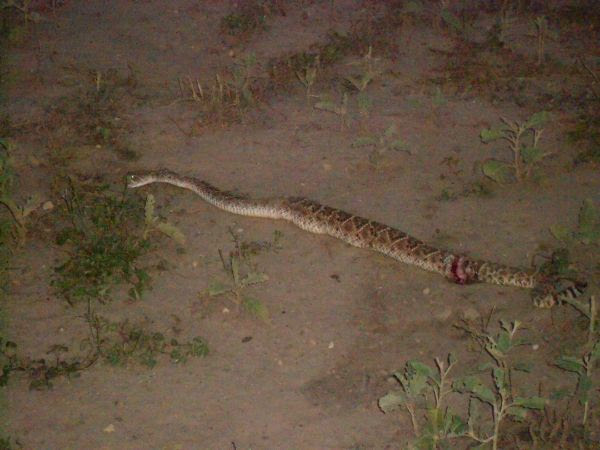 Just feeling very blessed that there wasn't the other possible outcome.

We were there to celebrate Mother's Day. All four of my kiddos were there along with my older daughter's boyfriend and their daughter. My SIL and BIL were awesome, as always. She had given my older daughter and me small bouquets of flowers and chocolate covered strawberries. She's always been incredibly thoughtful and always remembers birthdays, anniversaries, and other special dates. Such a wonderful weekend, even with the snake encounter.
Posted by robin at 5/14/2014 08:43:00 PM No comments: