A Wedding in Iowa

About 25 years ago, some neighbors moved in next to me. For about a decade, my kids played with their kids and we became close. Then they moved back to their home state so that the mom could help take care of her ailing mom (who had dimentia.) They've come back down to visit friends several times and we visited them one time. We've kept in touch writing letters and Christmas cards each year. Our kids had really great memories of the years they shared.

Fast forward to last year... Last summer, the mom, Kathy, and her family were in the area and we invited them over to eat and visit. At that time, Kathy mentioned that her oldest daughter was going to get married the following May and hoped we would come to the wedding. I remembered that request throughout the year and eventually, as it got closer, I had wanted to drive up there with the family. Unfortunately, it fell on a weekend in which my hubby was out of town and the kids were in their last week of school. It was going to be a 17 hour drive and I was making plans on how to keep the kids occupied. My sister-in-law offered to help pay for part of my flight as my birthday present and also to watch my younger sons while I was gone. After weighing the options, I took her up on her offer.

So, last weekend, I took a trip, saw a beautiful wedding and visited with old friends. It was a very nice get-away! What was so awesome were the stories we shared during our down-time. One of Kathy's sons mentioned how he could always tell when 'Grandpa' was awake because he could smell his pipe. I had forgotten that they shared my history and my past as well. It was SO nice to be able to 'remember' my father and my life a long time ago with other people. Right after he mentioned that particular memory, I told how I would keep a small amount of my father's favorite pipe tobacco in my drawer at work for those days I really missed him after his death....and then I couldn't keep the tears from flowing. Yes, it was just one of the great moments. There are some people who come and go in your life...and there are those who come and stay for a very long time. This family is one of the latter.

A barn in Iowa (many counties participate in 'barn quilts' on barns older than 50 years old.) 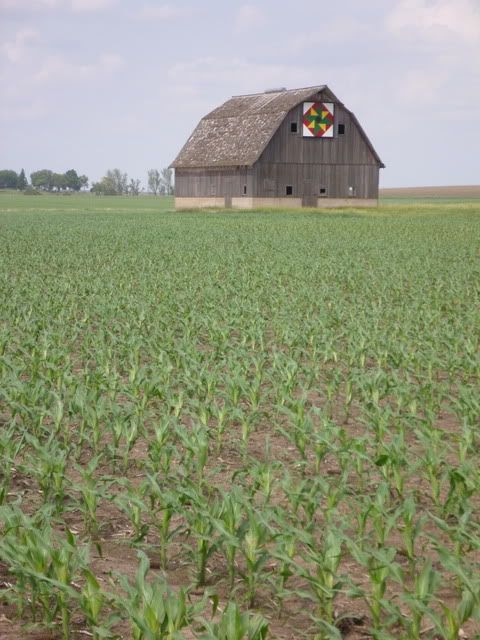 My friend Kathy is on the left. Her husband has just walked her daughter down the aisle. 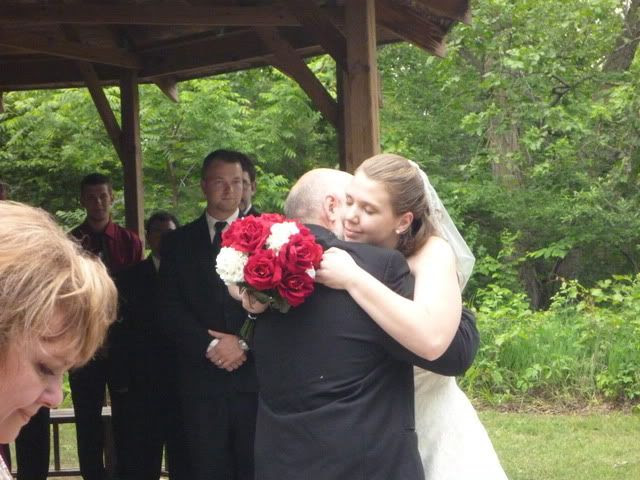 And of course, while going to get ice from the nearby store, I noticed across the street the world's largest popcorn ball! 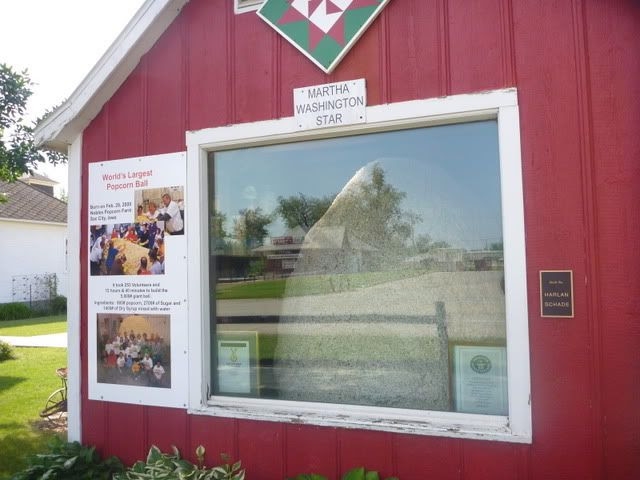 Beautiful! :) I loved the pictures too!