Rain at the Farm

I've been away from home the last couple of weeks or so. My family and I went to my sister-in-law and brother-in-law's farm for several days and then my hubby and I went to Hawaii (which I'll post about very soon.) We always enjoy spending time with them (they are the ones who also have a place at the bay where we visit a lot as well.) We just love spending time with them wherever they are. The fact that my brother-in-law loves to work outside and has a tractor, RTV, and a giant ZTR mower is just part of my kiddo's reason to go there. I love my sister-in-law's cooking (I always come back heavier than when I left) along with catching up on their lives and the great family gossip. My hubby loves to dove hunt there as well as work cutting down trees and hanging out with them as well. I wish they lived closer because the four and half hour trip one way sometimes seems so long (especially on the way back.)

When we recently visited, the area (and part of the state of Texas) was in the midst of many wildfires. This particular area had only had rain once back in June and the time before that was um....they can't remember...months. We go walking each morning to walk the dogs and check out the area. 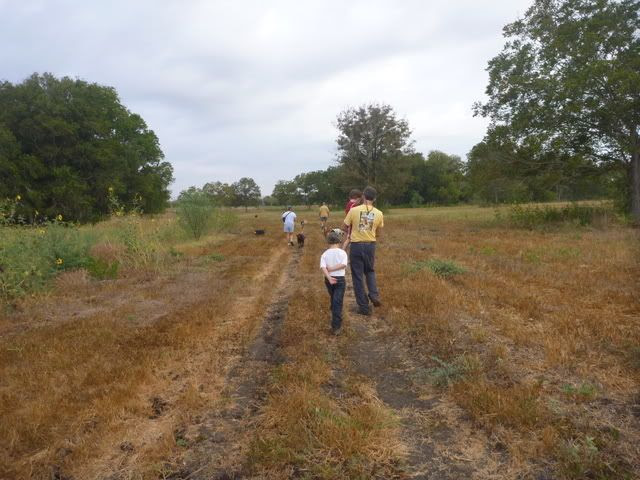 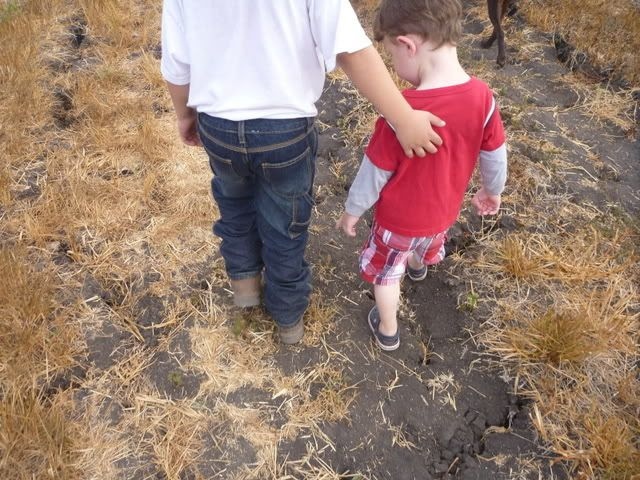 The cracks in the ground were huge! 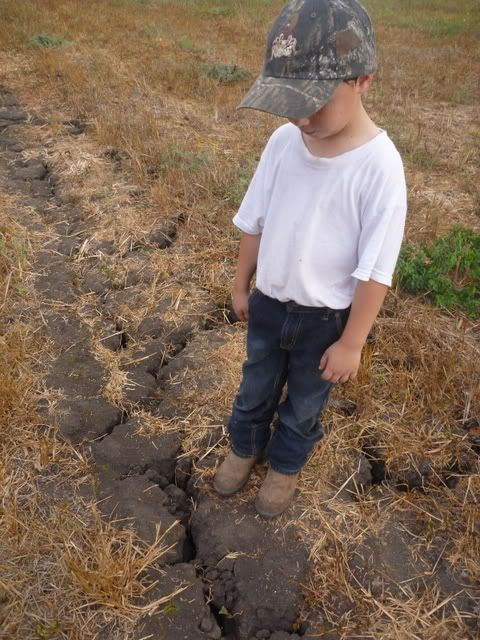 The second day we were there, while we (I mean, 'they') were resting after having worked many hours, it started to rain! We were all really happy! The kids loved playing outside!! The pic of my older son shows his big smile as he lost his other front tooth on the way there! 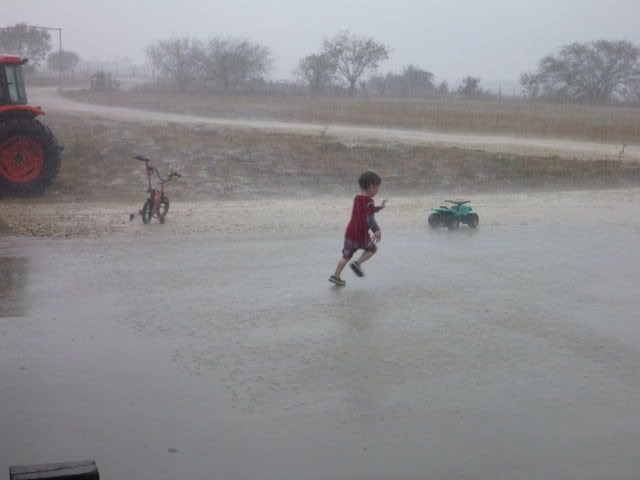 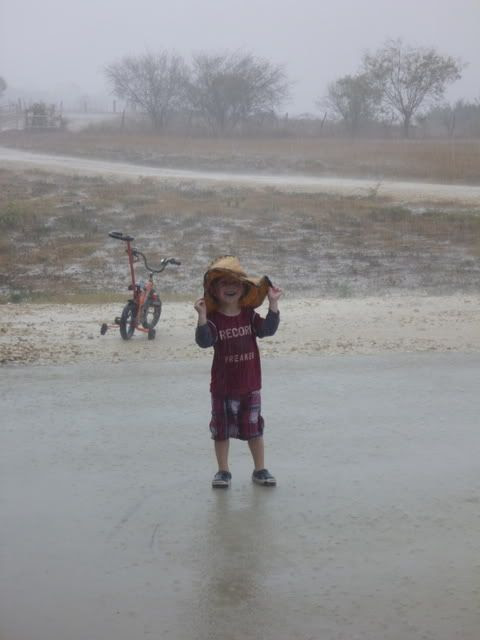 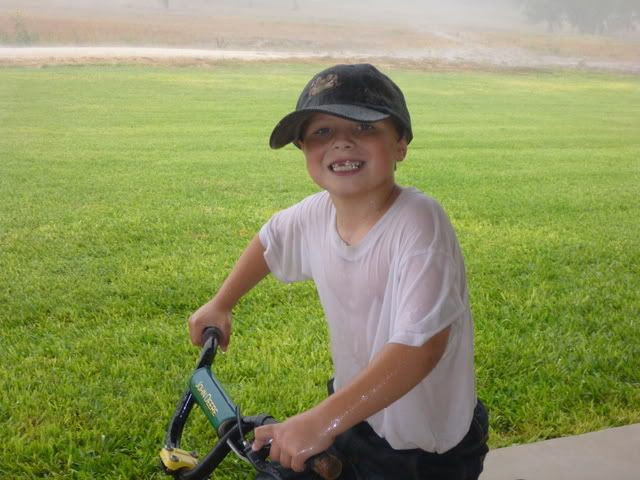 Of course, the rain had to bring others 'out of the woodwork' as well! Apparently, the scorpions were enjoying the cool rain as well...ugh! 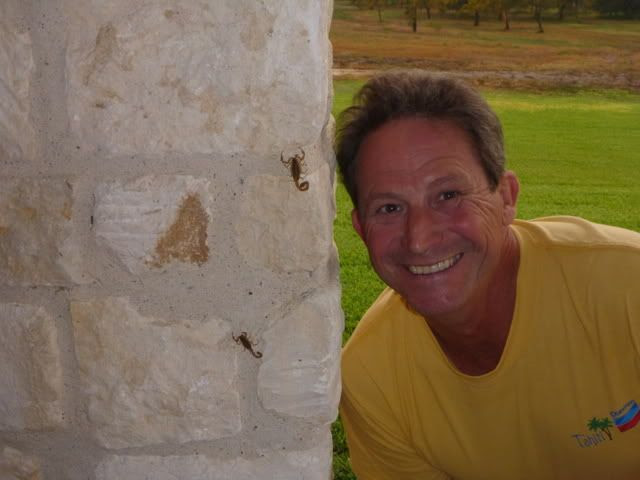 We celebrated my brother-in-law's birthday while we were there! He's one of those guys who have everything so it's difficult buying for him. We got him a large fishing net this year. I think he liked it. As we were leaving, I stopped and took a picture of the cotton field down the road from where they live. It looked so much better before being drenched by the rain...but I love seeing fields of stuff growing. It has those things along the sides to catch boll weevils (or to make sure there are none in the area, rather.) 'Boll weevils feed on and reproduce in cotton. In fact, cotton is the only cultivated host in which reproduction is known to occur. Both the feeding and reproduction processes damage bolls on the cotton plant ultimately reducing quality and the amount of cotton lint available for harvest.' 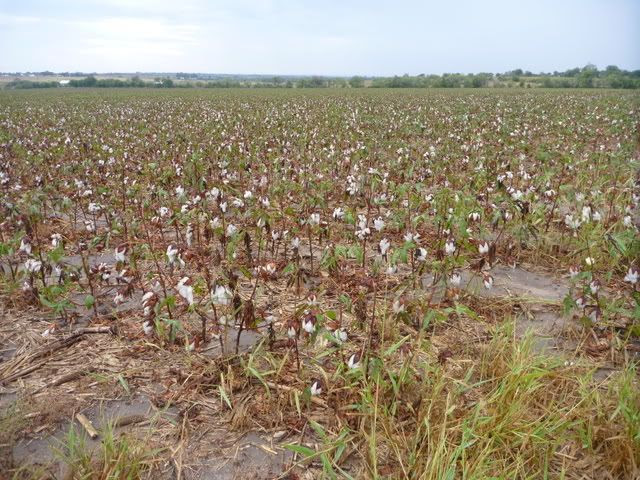 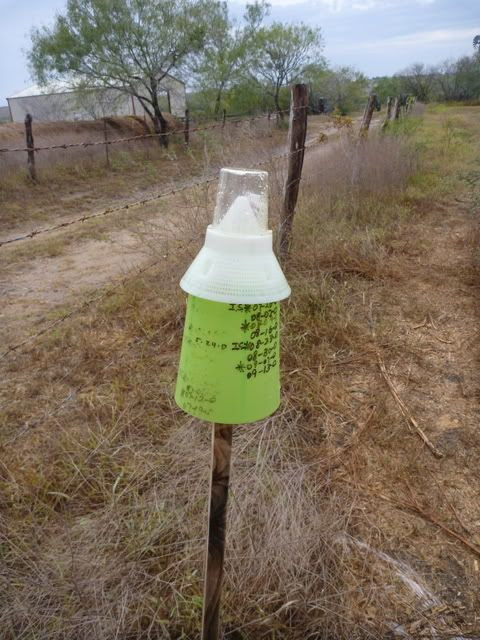 I loved this post! It's so interesting to see pictures and read about stuff so far away from me. I'd love to visit Texas someday... feel so bad about the dryness there- everything is turning green with so much rain here in CT! Our porch is actually slippery! ah!