It's amazing how fast the summer flew by. While I looked forward to new routines and having the kids away each day to school, I held on as long as I could to keep summer going as long as possible.

My friend with whom I hung out moved away to another state (her hubby got another job) and now, I feel sad that I won't have anymore spontaneous texts to go see a movie in the evening or someplace to hang out during the day while her kiddo takes naps (and watch a movie.) I love that I became close to someone enough to really miss them when they aren't here anymore. However, I will definitely make a roadtrip probably in the summer to go visit her and her family. Since our kiddos attended the same school, it seems even lonelier not to be able to discuss what's happening at their school too. Waaaah! I love that we have so much technology that we can email, call, text, send pics/videos, Skype, etc and use snail mail so that we can keep contact with other people. I remember the days where I had a pen pal and didn't know what 'long distance' calls were.

We squeezed in another jaunt out of town to visit my younger daughter who moved away and enjoyed some fun outings while there. I wanted to be able to see where she lived and picture where she went to work. She was sweet enough to let me sleep in her bed while we stayed there two nights (the kiddos and her slept on the floor in her bedroom.) She and two other roommates share an apartment. While we were there, she took us around to really cool places. One of the coolest was to watch the bats fly out from under the Congress Street Bridge in Austin, TX. "The Congress Avenue Bridge spans Town Lake in downtown Austin and is home to the largest urban bat colony in North America. The colony is estimated at 1.5 million Mexican free-tail bats. Each night from mid-March to November, the bats emerge from under the bridge at dusk to blanket the sky as they head out to forage for food. This event has become one of the most spectacular and unusual tourist attractions in Texas. The most spectacular bat flights are during hot, dry August nights, when multiple columns of bats emerge." We parked our car behind a building and walked up to see many flying out. The best time was a little earlier but there were still thousands that still were coming out as we got there. 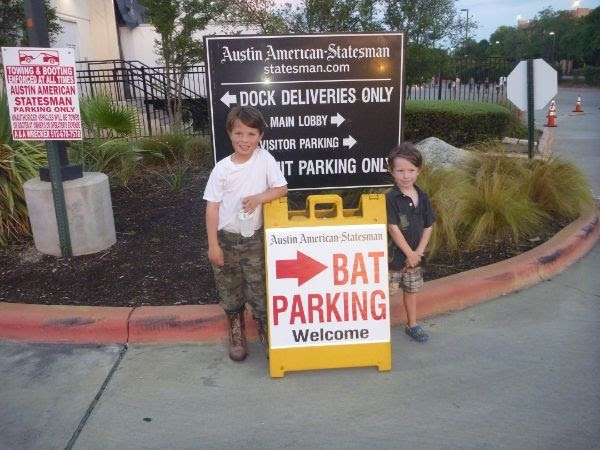 And we visited the state Capitol. 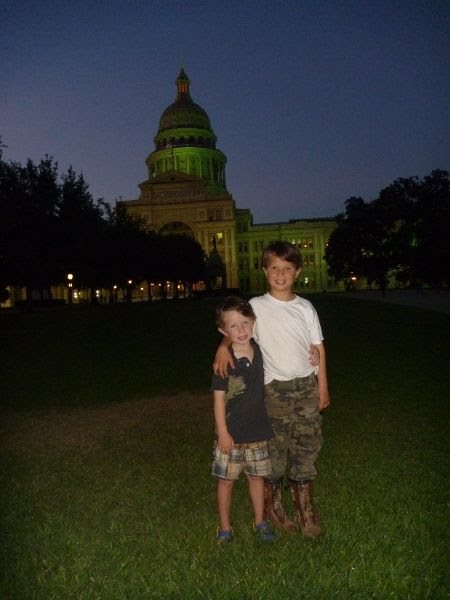 We also went on a tour to visit some nearby caverns. My third grader loved the tour and really paid attention and asked relevant questions. Other than the hour walk in the very humid caverns that made you sweat profusely, it was very nice. 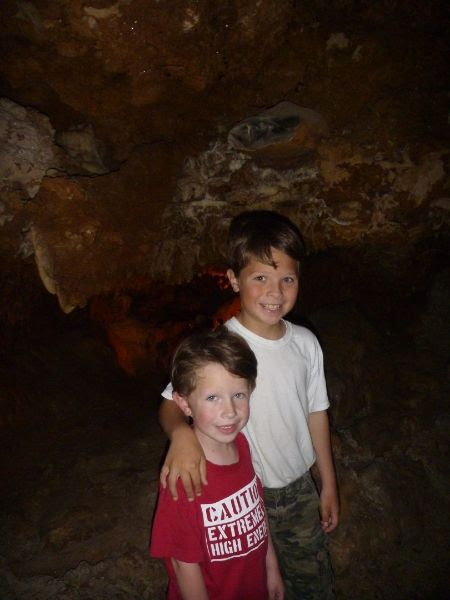 This is a line of flint within the limestone rock. 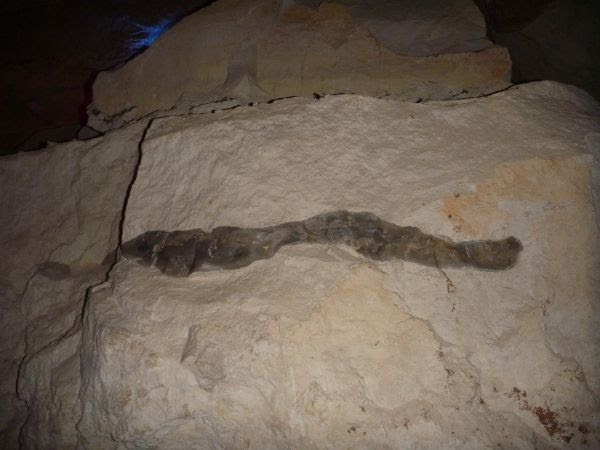 On the way home, we stopped a couple of places including a bakery and gift store. The bakery had excellent Czech Shortbread and fabulous pecan pie thingie with the best crust ever! Luckily, I didn't taste them until a couple hours later while I was driving or I would have bought more, lol! While we were in the gift store part of the bakery, there was a little tractor that my kindergartener's monkey had to ride! They were precious talking about how much 'Monkey' loved riding it so I had to take a picture. 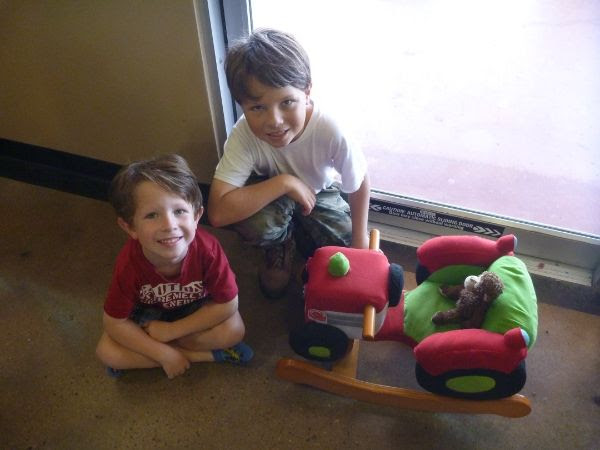 Tomorrow is the end of the second week of school and my kindergartener still clings to me as I thrust him out of my vehicle and I watch him start to tear up or cry as he is walked to his class by my older son. I know he'll get into the routine soon enough...it's hard for the both of us....but I love his big smile and happy conversation as I pick him up in the afternoon! Bring on the fall!
Posted by robin at 8/29/2013 01:22:00 PM

I loved this post! So interesting to see what you all are up to! Your boys are so handsome! I love their happy smiles. I hope the drop off becomes easier. And missing a friend? ugh. I know exactly what you mean. :( I will catch up with your other posts soon! :)